Buy This Stock and Sell The Other; A Lesson From Cathie Woods Recent Moves
Why You Should Buy the Tesla Shares that Elon Sold
As much as analysts say that Tesla’s stock is inflated and that the EV market is catching up to the company, we cannot deny that the stock is resilient.

Tesla Shrugs off NHTSA Crackdown
For as many Tesla (NASDAQ:TSLA) bulls as there are, there are just as many bears that are trying to bring sentiment on the stock down. When the NHTSA recently announced it was investigating the software platforms on Tesla vehicles, the stock tumbled. Tesla investors are some of the most reactionary on the market, so was the recent sell off justified? The NHTSA allegedly had threatened Tesla that it would order the EV maker to stop selling cars in the United States if the company was not able to solve the software issues. So what did the NHTSA want Tesla to solve? 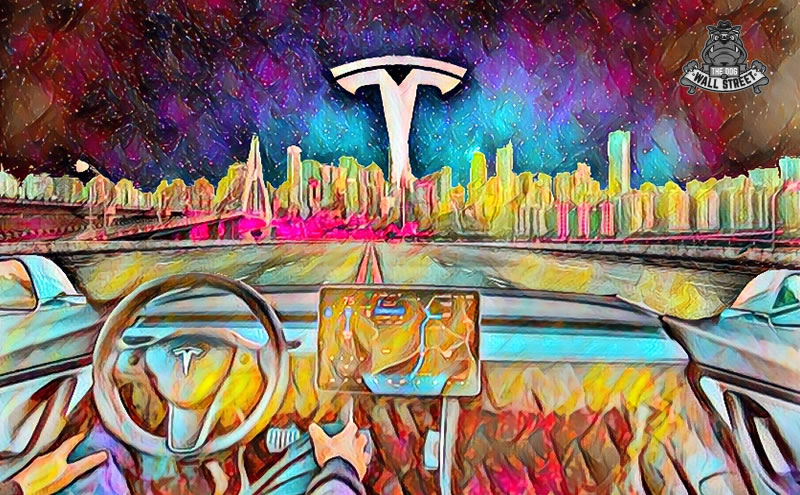 For the small number of drivers who purchased a Tesla to play video games while driving the vehicle in FSD mode, you’re now out of luck. It seems like common sense, but apparently this was a selling point for Tesla. Is this reasonably going to set the company back? Not likely. Tesla clearly realized that shutting this functionality off was for the better in the long-run, and will likely be a non-factor moving forward.

Looking Ahead to January Deliveries
Early estimates are in for Tesla’s quarterly delivery figures which the company should be announcing shortly into the new year. RBC Capital Markets expects to see delivery numbers in the range of 285,000 for the fourth quarter, which would represent a 58% year over year increase. This would also mark an 18% rise in sequential quarters, driven mostly by deliveries of the Model 3 and Model Y vehicles, which analysts expect will rise nearly 70% year over year.

Tesla now accounts for 2 out of every 3 electric vehicles sold in the US. Despite new offerings from companies like Ford (NYSE:F), General Motors (NYSE:GM), and Lucid Group (NASDAQ:LCID), Tesla continues to be the dominant brand in the US market. Overseas, Tesla has some more competition, but remains amongst the top EV brands in key international markets like China, Norway, and Germany.

Tesla Stock Outlook 2022
Since the sell off that saw Tesla dip down to the $900 price level, shares have rebounded back higher by nearly 22%. As much as analysts say that Tesla’s stock is inflated and that the EV market is catching up to the company, we cannot deny that the stock is resilient. Stock predictions can be dangerous and always taken with a grain of salt, but we should see a nice pop heading into January after what appears to be a consensus belief that quarterly deliveries will grow once again.

So what’s next for Tesla and what does 2022 hold? Shareholders certainly have a few things on their wishlist from the company, and at the top of the list are details on the Cybertruck release as well as an update for the long-awaited Tesla Semi. In terms of production and deliveries, expect the Austin and Berlin GigaFactories to provide a nice boost as early as the next quarterly deliveries report. Given the current stock price, another split is not out of the question if we are able to see the price rise back to the range of between $1,600-$2,000. I’m still bullish on Tesla and never saw the sales by Elon Musk and Cathie Wood of Ark Invest as reasons to sell. Buying in now could provide a nice quick gain after the Q4 deliveries are announced next week!