Cost of Housing is High; Invest in These Housing Stocks for Profit Instead
What's New With Lucid?
There are still so many questions that need answers when it comes to Lucid.

Several months ago I compared where Nio (NYSE:NIO) and Lucid Group (NASDAQ:LCID) would be as investments moving forward. A lot has changed for both companies since then, and while Nio and Lucid are at different stages of their businesses life cycle, they are still both positioned to be great investments moving forward. So while Nio is ramping up its production, preparing to open a new facility and launch a couple of new models in 2022, Lucid just delivered its first set of vehicles last week. 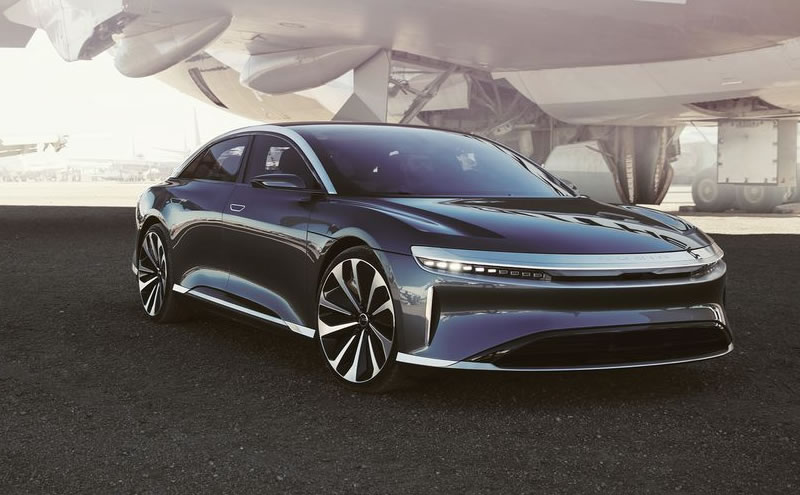 But that was always going to be the key with Lucid: deliver actual vehicles. The company has had doubters since it came public through a SPAC merger with Churchill Capital. It has gone through being designated as a meme stock due to its high retail interest, particularly in Reddit groups like r/WallStreetBets. CEO Peter Rawlinson has withstood personal attacks from Tesla (NASDAQ:TSLA) CEO and former boss, Elon Musk. And yet, four months after Lucid finally merged and went public, Rawlinson delivered the first Lucid Air sedans to its customers.

Lucid has the attention of Wall Street as well. In September, a number of investment firms initiated coverage of Lucid’s stock, and while none of them were overly flattering, remember that this was still pre-deliveries. In the past month, shares of LCID have surged by more than 70%, and the stock has reached levels it hasn’t seen since the short squeeze back in February. Lucid bulls are finally being rewarded for their patience, but is it justified?

Lucid has been making positive headlines week after week as of late. Perhaps most notably, the Air Dream sedan has shattered the EPA single charge range that was previously held by Tesla’s Model S. The 520 mile range of the Lucid model is stunning and so too have been the reviews by nearly every reputable automotive publication. The Lucid Air has been knocking it out of the park so far.

But then we remember that there are only a handful of deliveries going out this year, and will jump to 20,000 in 2022 and 50,000 in 2023, if things go well. Is that a decent sales trajectory? Lucid is confident it can get the orders for the vehicles, but we also need to keep in mind how limited the luxury vehicle market is. Not everyone can afford a $130,000 car, electric or not.

There are still so many questions that need answers when it comes to Lucid. I understand that investors are excited because the deliveries have started, but even Musk warned Lucid and other EV companies about the difficulties of scaling that production. I have no doubt that the vehicles are beautiful pieces of technology, but I do have my doubts about how hot the demand will be after three or four years.

So far, Wall Street analysts agree with me in their caution. Lucid now has a market cap of nearly $70 billion. Soon it will surpass both Ford (NYSE:F) and General Motors (NYSE:GM) in terms of value, which is something else that is difficult to wrap my head around. I am cautiously optimistic about Lucid, but I still believe Tesla is the best EV investment on the market today, followed by Nio and XPeng (NYSE:XPEV).