Why I'm Feeling Bullish on Nio (NIO) Again
Is Lucid For Real Yet?
So is Lucid for real yet? Or is it just another in a long line of EV makers that will play second fiddle to Tesla (NASDAQ:TSLA).

Next week marks the start of Lucid Motors’ (NASDAQ:LCID) first Production Preview event. The company will open its doors to the public, and allow investors, media, and customers to get a firsthand look of its Lucid AMP-1 or Advanced Manufacturing Plant. For the first time, people will be able to test drive the Lucid Air Dream sedans, and see how the company builds its state of the art vehicles. So is Lucid for real yet? Or is it just another in a long line of EV makers that will play second fiddle to Tesla (NASDAQ:TSLA). 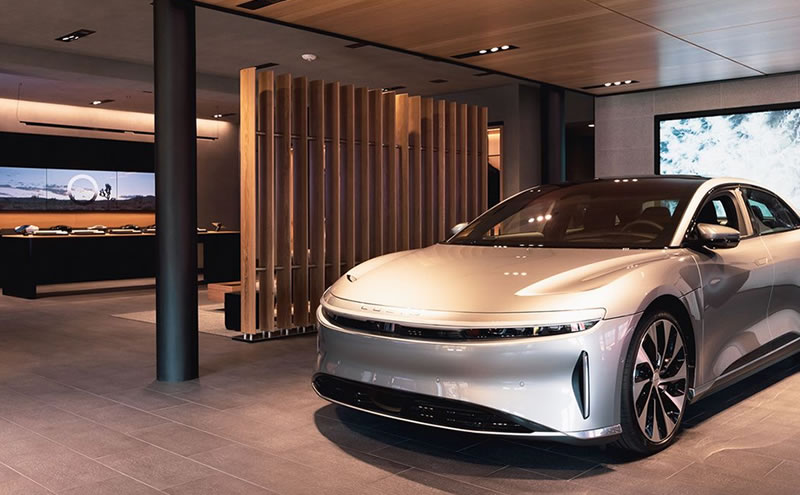 The last time I wrote about Lucid, I was less optimistic. In that Better Investment article, I chose Nio (NYSE:NIO) as the company with the more bullish outlook in the long term. The fact of the matter is, Lucid still hasn’t delivered any vehicles and hasn’t even announced a date for customers to get excited about. All that could change this week if CEO Peter Rawlinson uses the Production Preview platform to send Lucid investors into a frenzy.

Perhaps the most bullish catalyst for Lucid is that the company has put its money where its mouth is. The Lucid Air Dream sedan recently smashed the electric vehicle record for range on a single charge. The EPA officially gave the car a range of 520 miles, which puts the Tesla Model S to shame with a range of only 412 miles. For consumers who were skeptical of battery range and the fears of needing to constantly charge their vehicles, the Lucid Air Dream has put those concerns to rest.

Next year, Lucid has plans to expand its production to Saudi Arabia as the company targets the uber-elite of the Middle East. It is a market that Tesla is popular in, but by no means has the same level of dominance as the United States or China. Companies like Nio, XPeng (NYSE:XPEV), and BYD (OTC:BYDDY),have all set their sights on Europe first, so Lucid would have a second mover advantage in the Middle East. Let’s also not forget that the very wealthy and powerful Saudi Arabia Public Investment Fund owns more than 60% of the company right now.

The major question remains: what is the scope of the luxury EV market? Lucid recently upped its Air Dream sedan production to 520 vehicles for 2021 in honor of its EPA range of 520 miles. Tesla delivered 500,000 vehicles in 2020, and will be close to doubling that number in the next couple of years. Obviously these two companies are difficult to compare right now as they are at different stages of their life cycles. But as we approach Lucid’s Production Preview Week, we see just how large the gap is between Tesla and the field.

Now, I may sound like I am still bearish on Lucid but I’m not. In fact, my opinion of Lucid has changed considerably since I last wrote about them. The EPA range crown is an important feather in its hat, and puts the pressure on Tesla to reinvent its battery technology. Production Preview week will be massive for the stock, and I have a feeling we will get a major announcement or two from Rawlinson, who is turning out to be just as much the showman as Elon Musk is. Lucid has opened my eyes to how special their vehicles can be, but with the stock, I am still taking a wait and see approach over the next few quarters.