Procter And Gamble (P&G), and Nasa, Collaborate to Develop Space Detergents
What does Upstart Holdings do?
If you haven’t heard of Upstart Holdings (NASDAQ:UPST) yet, don’t worry you’re not alone.

Since its debut on Wall Street in December of 2020, Upstart has been one of the best performing stocks on the NASDAQ exchange, and in just five short months, shares have climbed over 630% and peaked at $171.87 per share. Despite this, Upstart still has a market cap of only $12 billion USD, which means it is right in that sweet spot of high growth companies that could easily grow by ten times over the next few years. But what does Upstart even do? 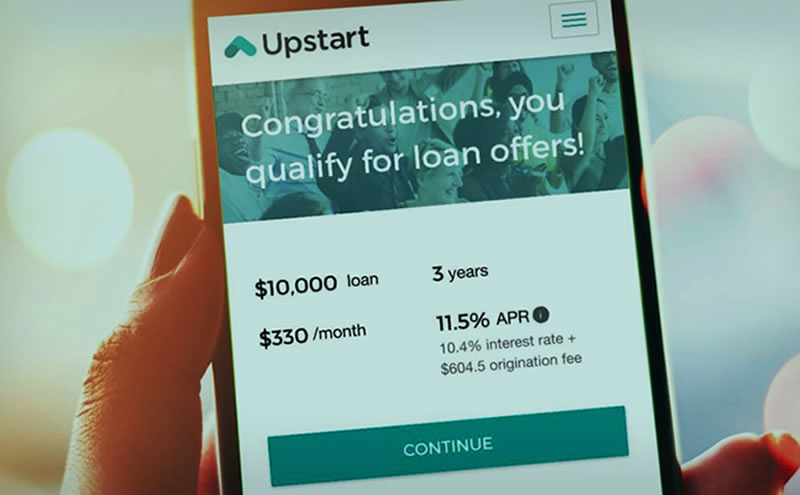 It’s not easy to tell from its name, but Upstart is a lending platform that utilizes artificial intelligence instead of humans for decision making on loans. Rather than taking into account traditional credit variables, Upstart weighs more on the balance of things like your current employment and previous and future education. The fintech disruptor is trying to think of itself more as a tech company that issues loans, rather than a traditional bank that uses technology.

So far, Upstart has blown the doors off of Wall Street expectations in both quarters that it has been a publicly traded company. Recently, Upstart posted its second straight quarter over quarter over quarter growth of 40%, which is remarkable for such a young company. While the quarterly results were most likely the main catalyst of the recent surge in stock price, there has also been an abnormally large short percentage on Upstart, due to how fast the stock has ascended. There have been whispers on the internet that much of Upstart’s early price success has been due to what has amounted to a short squeeze.

Upstart is similar in format to fintech insurance company Lemonade (NYSE:LMND), as well as SoFi, another fintech company that is going public via one of Chamath Pahapitayla’s SPAC companies, IPOE (NYSE:IPOE). SoFi, which stands for Social Finance, believes in the ability for all citizens to qualify for loans no matter what their previous history is. SoFi utilizes machine learning to compare current loan applications against a baseline of all other loan applications, which can accurately weigh the risks of lending the applicant a certain amount of money.

So what does the future hold for Upstart? It’s really difficult to say, especially for a company that has only been on the public markets for six months. Upstart has had an incredible start so far, but when companies jump out of the gate like this, they often find they face tougher comparable numbers with each passing quarter. Lending isn’t exactly a wide moat industry either, especially as more companies turn to machine learning to help automate financial tasks. Can Upstart continue to grow at this torrid pace? Probably not. But there is also an argument that buying now is a way of getting in on the ground floor with a company that could grow exponentially over the next decade.

Investors should monitor how Upstart performs over the next quarter or two, to ensure that the high growth rates are sustainable. Upstart is a popular stock on FinTwit and Reddit, but buying out of FOMO at these high prices is not necessarily a long-term recipe for financial success.