What Did We Learn from Tesla's Earnings? Is it a Buy Again?
BBBY Short Squeeze: Have We Learned Our Lesson Yet?
Ryan Cohen Does Not Owe Us Anything.

Bed Bath and Beyond (BBBY) Short Squeeze Ends Abruptly
I’m not one to say I told you so, and I will never celebrate when retail traders are left holding the bag. Of course none of us could have predicted the unimaginable conclusion to the Bed Bath and Beyond (NASDAQ:BBBY) short squeeze that happened this week. If you are unsure of what happened, let’s just say that GameStop (NYSE:GME) Chairman Ryan Cohen put an end to the frenzy by selling his 10% stake in Bed Bath and Beyond. This caused a 40% drop in the price of the stock which has now erased nearly all of the gains made during the squeeze this week. 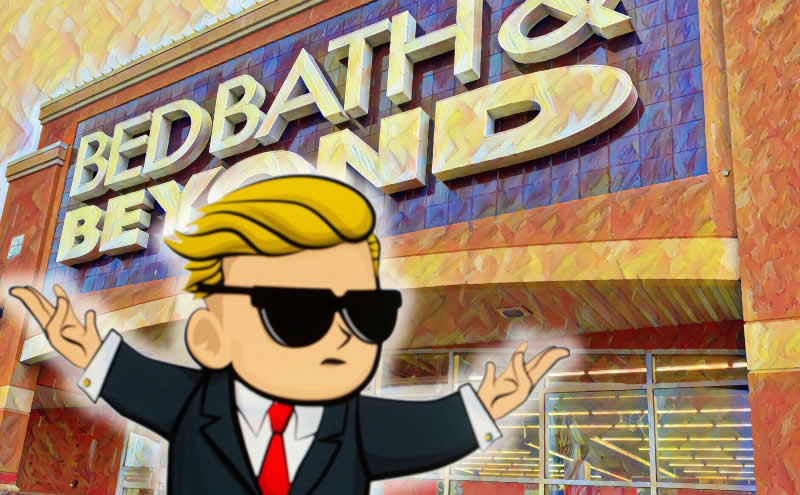 Retail traders are understandably mad that Cohen, a hero amongst the meme stock community, would show such a clear example of paper hands. Even if the rumors of some of his profits going to Bed Bath and Beyond are true, it still does not help the thousands of retail investors that are holding major losses on the position.

Ryan Cohen Does Not Owe Us Anything
Last week I wrote up Bed Bath and Beyond as one meme stock to avoid. Why? The company’s finances and fundamentals are terrible. It barely has enough cash to stay in business and is making razor thin margins on its products. How was I supposed to know that a meme stock legend would undercut his loyal followers and take a profit on his trade?

Here’s the thing, Cohen doesn’t owe anything to anyone. He’s been a martyr for GameStop and a strong supporter of retail traders. But at the end of the day, he is a venture capitalist and an activist investor. He is aggressive and is all about making a profit. If you think about it, he’s not too different from a hedge fund manager, and sadly what he just pulled off is nothing short of a legal pump and dump. If we think Cohen is an intelligent person, we must also respect that he knew exactly what he was doing every step of the way.

Is he still a hero? It really depends. His reputation might have seriously been tarnished and if he doesn’t manage to turn GameStop around, it will surely take another hit. Cohen has done a lot of good for the meme stock community, but this is a stark reminder that at the end of the day, he is a businessman.

Have we Learned Our Lesson?
Probably not. Meme stock traders will continue to YOLO into a short squeeze any chance they get. I think the moral of the story is to not trust anyone when it comes to investing or trading. This is why everyone says to do your own research and invest with what you can afford to lose. Cohen blind-sided meme stock traders and now many of them are holding the bag. In the world of social media trading, that is unforgivable. Let’s just hope that some of these traders have learned their lesson and will tread carefully the next time they get caught up in the meme stock frenzy.