Buy This Stock and Sell The Other; A Lesson From Cathie Woods Recent Moves
Alphabet or Amazon: Which Split Am I Buying?
So which stock split am I targeting for my portfolio? Let’s take a look.

Amazon Announces 20 for 1 Stock Split
Just weeks after big tech rival Alphabet (NASDAQ:GOOGL) announced its 20 for 1 stock split, Amazon (NASDAQ:AMZN) shocked the markets this week by announcing its own split. I wrote previously that Alphabet could be splitting its stock to be added to the Dow Jones Industrial Average and this could be the case for Amazon as well. It makes sense with other mega-cap tech stocks like Apple ($169.24|2.62%) and MIcrosoft (NASDAQ:MSFT) already as components to the Dow 30. 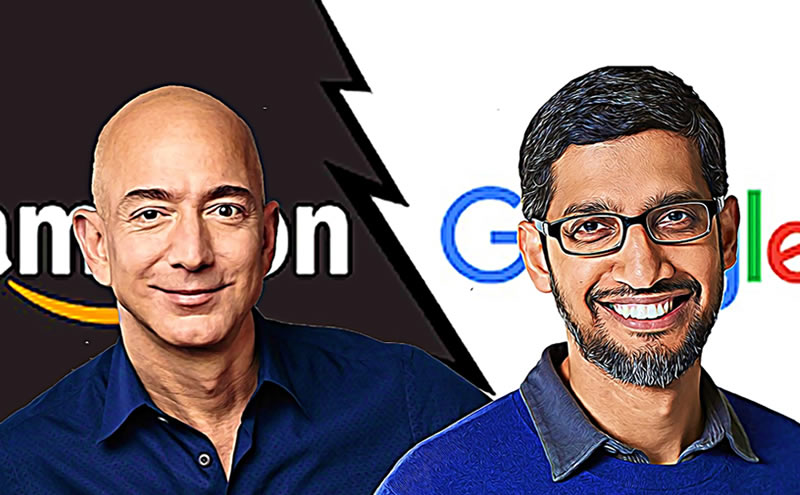 Amazon also announced a $10 billion stock buyback which is an important part of this. When a stock splits, it creates a larger number of slices of the same pie. So when a company buys back stock, it is increasing the value of outstanding shares, and reducing the total number of shares on the market. It’s something Apple does fairly consistently as well.

So which stock split am I targeting for my portfolio? Let’s take a look.

The Case for Amazon
Amazon is Amazon. It is one of the most important companies in the world and revolutionized not just the eCommerce industry, but the retail industry itself. It would be a very different world if Jeff Bezos had never created Amazon. Obviously the most powerful piece of intellectual property that Amazon owns is its Amazon Web Services. The cloud computing segment has quickly become one of the largest revenue makers for the company and is already one of its most profitable. AWS is the largest cloud computing platform in the world and had a run rate in 2021 of over $70 billion. A staggering figure that tops most Fortune 500 companies in annual revenues.

The Case for Alphabet
Alphabet has multiple segments where it owns a near monopoly on the market: YouTube, Gmail, and Google search. It’s quite possible that Google search is the most valuable piece of intellectual property in the world. Some analysts value YouTube at anywhere from $150 to $200 billion as well. Throw in the Google suite of apps like Google Docs, Google Translate, Google Chrome browser, and Google Maps, and you can see why the market is so bullish on Alphabet.

Alphabet also has its hardware segment with its Pixel phones and Chromebooks. Not to mention, Alphabet owns the entire Android operating system for smartphones, tablets, and even automotive integration. It’s hard to think of a part of our lives that Google does not have an impact on.

Which Stock Split am I Buying?
If I can be honest, I’ll likely take advantage of both to add to my long-term portfolio. Both companies are rock solid investments and should continue to grow well into the future. If I were to pick one today, it would be Alphabet. I just think it’s suite of software apps and platforms is too powerful. Alphabet is often overlooked as a simple search engine brand, but as you can see, the company has a wide range of products and services that can facilitate its continued growth for decades to come.

Your comment will be published after moderation. Thank you.
Guest
4 months ago
Yes! Generational opportunity 👍
0
Aida Butler
4 months ago
I’m new to this racket and am reading, researching, and learning! I enjoy your articles for their content, Love that it’s free without the hype and gimmicks. Easy read with a lot of depth.
0
Published On