2 Stocks that can survive the chip shortage
Macy's earnings preview
The company has released its Q1 2020 earnings report on 1 July 2020. The numbers were less than impressive; however, it hardly came as a surprise knowing that the company had to shut its brick and mortar operations in March.

161 years in business. 1858 was the year when Rowland Hussey Macy started the department store empire. Today, Macy’s operate in 552 locations servicing tens of millions of customers annually.  As with most empires, they aren’t immune to unexpected circumstances and this year it was Covid-19.  The global pandemic did impact Macy’s revenues, as it took a difficult decision to close its stores nationwide in order to manage the risks related to Covid-19. Now that its open gain, can it convince people to return to its large buildings for some shopping experience? 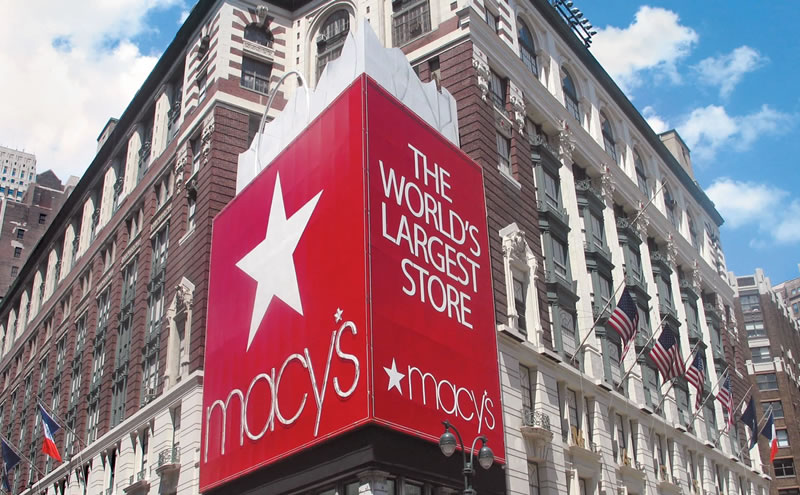 The company has released its Q1 2020 earnings report on 1 July 2020. The numbers were less than impressive; however, it hardly came as a surprise knowing that the company had to shut its brick and mortar operations in March, as a direct response to evolving pandemic. It ended the first quarter with a loss of $600 million. It also withdrew its sales and earning guidance for 2020 and stopped providing its outlook.

The company also increased both short- and long-term debt levels. In May, the short-term debt gone up from $539 million in February to $739 million.  The company postponed payments to some of its suppliers, which resulted in merchandise accounts payable of $2,196 million, compared to $1682.0 million in February. More recently, Macy’s also had global news coverage on some of its stores, however not the way its employees would have wanted: videos and photos of looters braking into its New York stores spread in lightning speed. People were smashing its windows and trying to run away with whatever they could grab.

While the company managed to reopen most of its stores by June, challenging trading environment remains. Social distancing, potentially higher operational costs, related to deployed safety measures, will play a role in the company’s ability to deliver good results in Q2 2020.

Second quarter may see substantial improvements compared to Q1, however they will most likely be lower compared to the same period last year. The company is heavily reliant on multiple factors that will need to play to its favor in order to achieve the results it wants.  Only improving economy of the U.S. will help shaping consumer sentiment and decisions on whether they should return to its stores. It will also be having challenging times ahead trying to balance its vast portfolio of physical stores with its online operations.

The short-term prospects will remain subdued, albeit improving, throughout the rest of the year. It remains to be seen whether the company will be able to address changing consumer habits, or even manage to shape them the way it wants. Growing competition from online retailers and its dependency on its expensive portfolio of stores needed to generate the revenues, will remain medium/long term challenges Macy’s management will have to focus on once Covid-19 issues are left behind.

About the Author
Valdas S. London based head of technology during the day, writer at night. Valdas writes about finance, economy, and technology.
M
$
$0 %
Analyst Ratings
Earnings 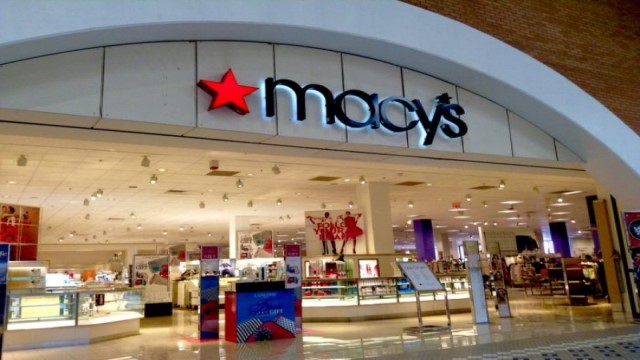 Here is why Macy's shares fell in the pre-market today
Sales fell to $3.99 billion in the quarter, as compared to $5.17 billion in the year-ago quarter.
By Staff | 5 months ago
M

2 Stocks that can survive the chip shortage
Both of these companies trade at a premium, but as industry leaders and even paying out a small quarterly dividend to shareholders, ASML and NVIDIA are poised to thrive in the future, making them excellent ways to play the current chip shortage.
By Mike Sakuraba | 2 weeks ago
ASMLNVDA

Coinbase Makes its Wall Street Debut
The cryptocurrency markets have been on fire in April, as the two largest tokens by market cap, Bitcoin and Ethereum, are both trading at new all-time highs as of the time of this writing.
By Mike Sakuraba | 3 weeks ago
COIN