Cost of Housing is High; Invest in These Housing Stocks for Profit Instead
Intel's Shares Jump As It Recruits Micron's David Zinsner As CFO
Zinsner will replace George Davis, whose retirement was announced recently, although he will still stay in an advisory role till May.

Intel used to wear the crown of the semiconductor industry. But that is no longer the case. Manufacturing woes and lack of innovation have made rivals catch up and make it play second fiddle. So last year, Pat Gelsinger, a longtime Intel Veteran, was lured from VMWare and appointed CEO. He promised to revamp Intel and make it regain its former glory. To that end, he has been making some high-profile hiring. The latest is the announcement Monday of the recruitment of David Zinsner as Chief Financial Officer. David Zinsner was snatched from Micron Technology Inc. 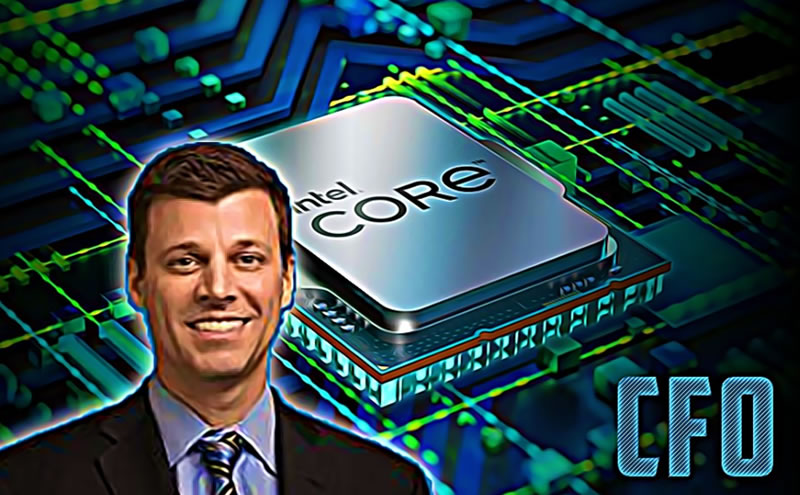 Zinsner will replace George Davis, whose retirement was announced recently, although he will still stay in an advisory role till May. Zinsner starts work on January 17, next week Monday. Zinsner, 53, will report directly to Gelsinger. His task will be to oversee the company's finances as Intel begins a new era.

Since he was appointed CEO, Gelsinger has undertaken a shakeup of Intel's senior leadership. Zinsser's appointment is the latest and among several slated for this year. Intel's new CFO has deep knowledge of the job. He was at Micron for about four years and has had lots of experience in the industry. While naming him to the role, Gelsinger spoke about Zinsner's "deep knowledge of the industry, semiconductor manufacturing, financial discipline, and a track record that has spanned several years of value creation."

The market was enthusiastic about the announcement of Zinsner's appointment. Within hours, Intel's shares jumped by 5.7% to $58.38. An analyst at Wells Fargo, Aaron Ratkers, noted Zinsner's track record and investor perception in a statement to clients. "We think this news is an Intel positive," he wrote.

When Gelsinger accepted the role of CEO last year, Intel was burdened with many manufacturing delays. There were calls that he should spin off the manufacturing arm and focus on design. But he took the opposite direction. Instead, Intel is ramping up capital spending on manufacturing. It wants to go back to its glory of building chips for other companies in the semiconductor industry. David Zinsner will play a large part in explaining Gelsinger's vision of the new Intel to Wall Street.

The CEO has already explained that Intel is in an "investment phase." Its goal for the short term is to regain its leadership in manufacturing and expand into novel markets before rivals like Advanced Micro Devices (AMD) get into them. "There will be a drag on company profitability," Gelsinger has explained several times. David Zinsner will help Gelsinger tidy up Intel's finances and make it acceptable to Wall Street.

Gelsinger's vision could be in the right steps. The old Intel focused on PCs and servers without realizing that the semiconductor industry had moved beyond those. If Gelsinger could tap into new markets and make chips for industries like automobiles, smartphones, and other devices, he would have made Intel a semiconductor foundry that can tap into a $100 billion industry. That was why the markets were enthusiastic about his desire to control Intel's finances by recruiting Zinsner while throwing money at expanding Intel's manufacturing capacity.

Also, in a separate announcement, Intel said that Michelle Johnston Holthaus, who was formerly head of Sales, Marketing, and Communications, will now take over leadership of the Client Computing Group, its biggest business unit. Holthaus has spent over 25 years at Intel and will replace Greg Bryant, who is leaving at the end of this month.