Two Tobacco Stocks That Would Be Affected By FDA Limits On Nicotine In Cigarettes
Better Investment: Coinbase or Robinhood
Coinbase and Robinhood are two of the biggest platforms in the investing world. Both of them offer investors the ability to buy or sell cryptocurrencies, while Robinhood also offers stock trading.

This week’s two-stock comparison comes from two companies that have only recently made it to the public markets. While long-term investing has always been a key provider of wealth and success, cryptocurrencies are the exact opposite. Investors have become millionaires overnight, as they ride the high volatility of the around the clock markets. Coinbase and Robinhood are two of the biggest platforms in the investing world. Both of them offer investors the ability to buy or sell cryptocurrencies, while Robinhood also offers stock trading. Both stocks have had disappointing starts on Wall Street, but only one is a better investment. 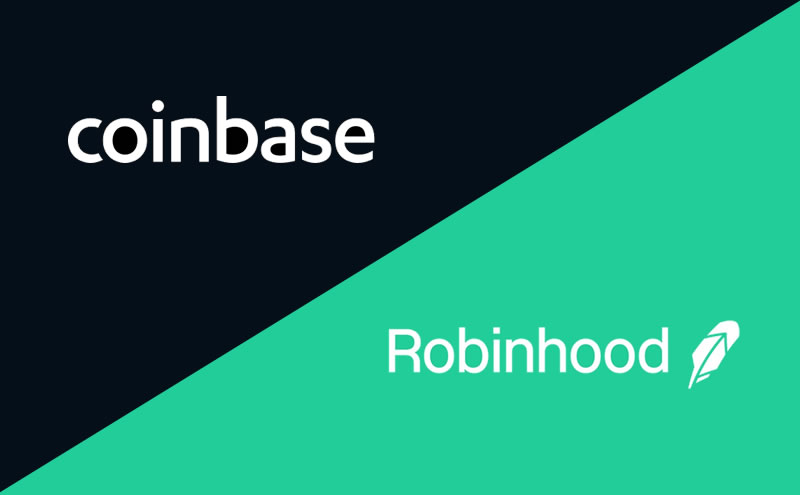 Coinbase ($51.18|-8.54%): Coinbase continues to be the largest American cryptocurrency exchange, trailing only Binance as the largest in the world. Thus far, Coinbase has traded alongside the peaks and valleys of the benchmark cryptos in Bitcoin and Ethereum. The stock’s IPO date was quite literally the same day that Bitcoin hit its all-time high price, and Coinbase’s stock price has fallen after the recent pullback in the crypto markets. Much of this sell off was caused by volatility in China, where the government ordered the shutdown of all Bitcoin miners in the country. But as time has passed, the Chinese government seems to have diverted its attention to big tech stocks with the recent regulatory crackdown. Chinese Bitcoin miners have found new destinations to mine from, and Bitcoin and Ethereum are both ralling near all-time highs once again. With over 68 million users across 100 countries around the world, Coinbase is certainly one of the most trusted names in the industry. If you want to talk about growth, Coinbase recently reported second quarter revenues of $2.03 billion, good for a 1,040% year over year rise.

Robinhood (NASDAQ:HOOD): Ever since the meme stock rally in early January, Robinhood has had the ire of retail investors. Robinhood makes much of its revenues through a process called Pay For Order Flow. This essentially means that individual investments are sent to institutions seconds before their orders are filled, which means that Robinhood is selling our trades. Of course this did not sit well with the Reddit investors, and the SEC has recently come out to say they are reviewing this process for the future. Like Coinbase, Ark Invest’s Cathie Wood was a buyer of Robinhood shortly after the stock tumbled after its IPO. Robinhood’s most recent quarter was a tale of two numbers. On one hand, it reported revenues of $565 million which was a 131% year over year increase. But the company actually lost $502 million compared to a profit of $58 million in the second quarter of 2020.

Final Verdict: Coinbase: For me, Coinbase is clearly a better stock to monitor right now. At least we know that Coinbase makes revenues off of crypt trading transactions, whereas Robinhood’s Pay For Order Flow could change drastically in the future. With growing competition from the likes of PayPal (NASDAQ:PYPL) which just announced it would be getting into the business of stock trading, Robinhood is losing ground and market share. Coinbase is growing at a steady pace, and if you are bullish on the future of cryptocurrencies, then Coinbase is an excellent investment to make.