Cathie Woods Is In A Mess Right Now
Why Polestar Can Challenge Tesla
Polestar is not a startup, it is a company that has real revenues and real vehicle deliveries.

Is Polestar Legitimate?
You might be wondering about Polestar’s stock. If you can’t find it, it’s because it doesn’t exist yet. Polestar is set to merge with the SPAC stock Gores Guggenheim Inc (NASDAQ:GGPI) at some point this year. Now before you lump GGPI in with other EV SPAC mergers, let me show you how Polestar is different. 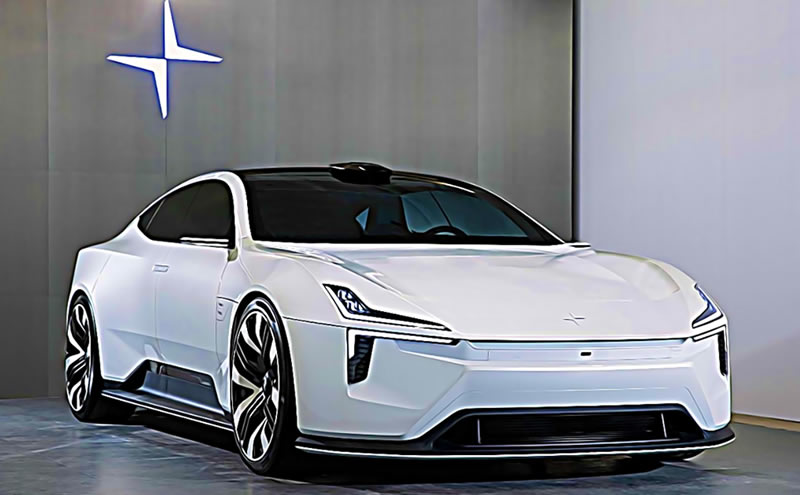 First, Polestar is not a startup, it is a company that has real revenues and real vehicle deliveries. In 2021, Polestar delivered 29,000 vehicles which was good for a 185% year over year rise. It might not seem like much but it’s more than Lucid (NASDAQ:LCID) and RIvian (NASDAQ:RIVN) combined so far.

Second, Polestar is an established brand in Europe and recently expanded to the US. You might recognize its parent company: Swedish automaker Volvo. And you might also recognize Volvo’s parent company, the Chinese automaker Geely Motors. What’s the significance of this? It means Polestar has some industry heavyweights and deep pockets backing its success.

Polestar has a leg up on previous SPAC EV stocks like Lucid, Nikola (NASDAQ:NKLA), and Lordstown Motors (NASDAQ:RIDE), all of which have been legitimate busts for investors. Lucid’s stock has been pretty much flat since its debut in July of 2021, but it notably reduced the number of deliveries this year from 20,000 to 12,000.

Is Polestar a Good Investment?
Here’s where some risk-taking might come into play. SPAC EVs could not have a worse reputation right now on the markets. With continued pressure on the NASDAQ, and most post-merger SPACs trading well below the $10 NAV price, I don’t expect Polestar to light the markets on fire when the merger happens.

But could this be an underrated stock right now? Absolutely. Polestar recently reached an agreement with the rental car company, Hertz, for an order of 65,000 Polestar 2 vehicles over the next five years. The only other EV brand that Hertz has ordered from? The 100,000 vehicles it ordered from industry leader Tesla (NASDAQ:TSLA).

I don’t want to compare Polestar to Tesla, but I am also warning you against comparing Polestar to Lucid or Lordstown. Polestar is continuing to expand into other markets, and the brand is gaining recognition in the key markets of Europe and China. With Geely and Volvo as its backers, it is easy to see why these two markets are critical to Polestar’s success.

I get it, given the bearishness around SPACs, investing in GGPI right now might seem like a bad idea. I can’t guarantee that Polestar will trade for above its share price right now. But the electric vehicle industry has always been a long-term play. Other companies have to catch up with Tesla, and Polestar is doing an excellent job of that.

Remember when people were touting Lucid as the next Tesla? Well, it turns out most people in the world aren’t willing to pay $100,000 USD for a car. But Polestar is affordable with cutting edge technology and performance. One look at the O2 Roadster which comes with its own built in drone that follows you and records your driving, and you’ll realize that Polestar knows what it is doing. It’s not necessarily a buy right now, but if there is continued weakness post merger, Polestar might be an EV stock that surprises us five to ten years from now.