Buy This Stock and Sell The Other; A Lesson From Cathie Woods Recent Moves
3 Catalysts To Make Amazon Stock Rise in Short Term
Despite the slump in the e-commerce segment, we see hope for Amazon in other areas of its business.

Amazon (NASDAQ: AMZN) is known as an e-commerce giant. But this year, that business side has not been very positive. Although net sales grew 7.3% to $116.44 billion, online sales were down for the first quarter by 3.3%. In addition, Amazon has been hit hard by the current economic conditions prevailing all over the world. Its stock has dropped 38% year-to-date, while the S&P 500 has fallen 21%. Rising interest rates, supply chain constraints, and the surge in inflation are reasons for this year's dismal performance. 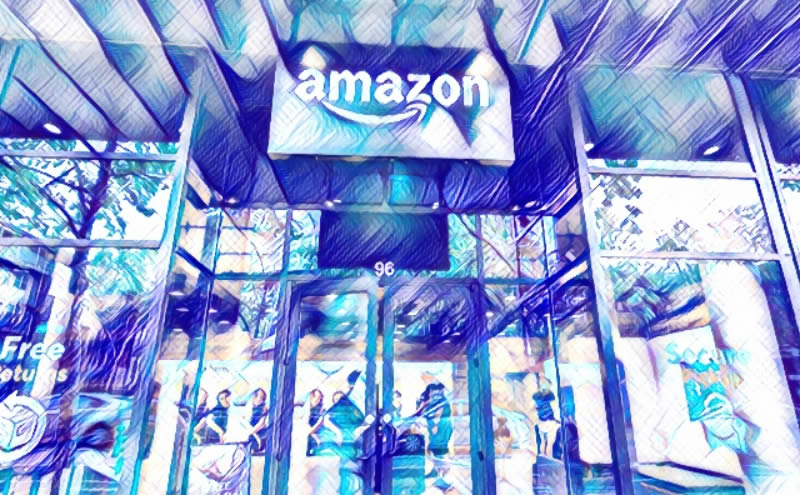 Despite the slump in the e-commerce segment, we see hope for Amazon in other areas of its business. This is because Amazon is not just an e-commerce business. Instead, it is an infrastructure company developing platforms for third-party companies to plug into. The recent Amazon stock split, its cloud computing business, Amazon Web Services, and its innovative retail technology, “Just Walk Out," are some catalysts that would propel Amazon to rise out of its bottom.

1 - The Recent Amazon Stock Split
Amazon announced a stock split in March, where each share will be divided into twenty parts. As a result, each shareholder would have 19 additional shares. The stock split came into operation on June 3.

The stock split was a way for the management to prevent the continuing bearishness in its stock. It is already being affected by the macroeconomic conditions globally. Also, the split will drive up demand for Amazon stock, making it cheaper for the average investor. to have a share in Amazon.

Previous stock splits have been favorable for Amazon. Each of the last three stock splits has caused Amazon's stock to rally. The January 1999 stock split, implemented during the dot-com bubble, caused a 30% rally in the stock. During the week of June 3, Amazon stock also rallied by 3%.

We believe that Amazon will gradually feel the positive effects of the stock split.

2 - AWS, Amazon’s Cloud Computing Service
Amazon Web Services, or AWS, promises to be a bright spot despite the plunge in e-commerce sales. AWS dominates the cloud computing segment, followed by Google Cloud Platform and Microsoft Azure. Due to the rising infrastructure costs, most enterprises are adopting the cloud. It helps them to save more and to concentrate on running their business. That is why during this recessionary period, revenue from AWS has been on the increase.

AWS grew by 37% last quarter, while its growth in the same quarter the previous year was 32%. As a result, margins expanded for AWS, making its operating income increase by 53%. Operating income over the past 12 months has been more than $21 billion, representing a 41% growth. AWS projects that its operating profit for 2022 will be above $25 billion, and its net profit will be about $20 billion.

Despite the unfavorable macroeconomic climate, AWS promises to be one of Amazon’s catalysts for growth this year. Especially given that it is the world’s leader in cloud computing.

There are signs that this technology is gaining traction with third-party companies. Whole Foods Stores, WHSmith, a travel retailer, and T-Mobile in Seattle are some big-name companies that have adopted the technology. Amazon takes a fee from the transactions done using the technology.

This technology is getting popular because customers at stores want faster checkout. According to experts, stores that do not adopt this technology will lose out to the competition.

So, we foresee increasing revenue for Amazon from this technology.

Amazon (NASDAQ: AMZN) is a great stock to be in your portfolio. I hope that you're looking into this company.