Two Tobacco Stocks That Would Be Affected By FDA Limits On Nicotine In Cigarettes
Why Apple Is Keeping iPhone Production Flat In 2022
Already, Apple has stated the impact of the Chinese lockdowns on its production targets.

According to a report from Bloomberg News, Apple Inc (NASDAQ: AAPL) plans to keep the production of its iPhones flat this year. It will only produce about 220 million units across all the models of its iPhones. Apple has taken this stand because of the curbs in China due to Covid-19. Furthermore, global supply chain issues and a slowdown in demand contributed. In addition, unfavorable economic conditions have exacerbated the slowdown in demand. 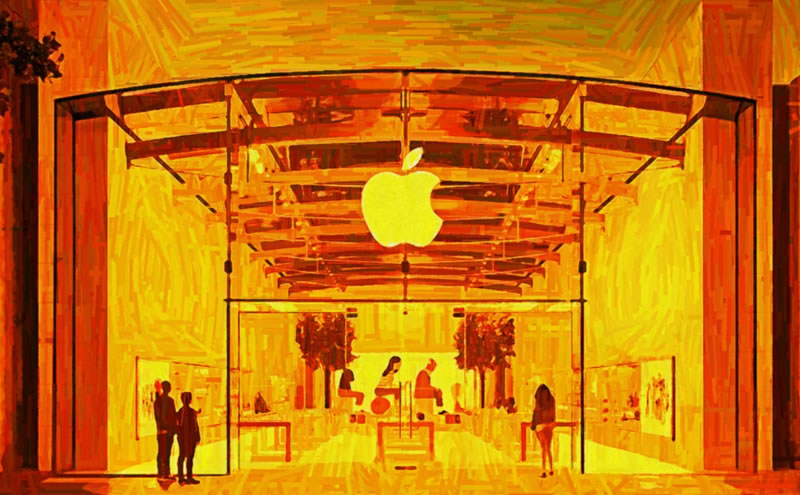 Shanghai, one of China's more prominent financial hubs, has been in lockdown for most of this year due to Covid-19. Beijing, another major city, is getting ready to increase its quarantine efforts. Other cities are either in lockdown or about to go into one. In addition, this event has affected Apple's suppliers in China.

Foxconn, one of Apple’s iPhone suppliers, has made sure its workers are on-site by forming a “closed-loop” system, thereby limiting the impact of the lockdowns on production. But this is not enough to meet the demand for iPhones.

Another factor that necessitated Apple’s decision on iPhone production is the drop in consumer spending. The double impact of surging inflation and rising interest rates have left consumers with weak buying power. Therefore, consumer spending has dropped. Since an iPhone is not a necessity for many households, demand for iPhones has also decreased. This was mainly an obstacle for Apple in the first quarter when it had to reduce the production of some iPhone models.

Also, due to the Ukraine war and the sanctions placed on Russian oil and gas, commodities prices have been rising, taking a toll on consumers' buying power. Due to the war, Apple would also experience a fall in demand for iPhones from the European market. Already, it has closed all its stores in Russia due to the outrage over Russia's invasion of Ukraine.

The supply chain constraints that technology companies have been facing since 2020 have not eased this year. But as a significant player in the technology industry, Apple has been able to use its leverage to overcome this constraint for the past two years. Now, it seems it has extended itself very thin. In March, Nikkei Asia reported that Apple was cutting production of its classic iPhone SE model, a budge handset, by 20%, a cut of about 3 million handsets. Many saw that as a foregleam of what is happening globally.

Despite the economic headwinds and the recent cuts, Apple has been able to post earnings reports that exceed expectations. Revenue grew by 9% in Q1 2022, which ended in March. That was a sign of solid growth taken against the backdrop of a broader fall in revenue for tech stocks and the headwinds in the economy. But shares fell by 4% due to the lockdowns in China and surging inflation. Due to the uncertainties from the Chinese event, Apple refused to provide guidance for Q2 2022.

Also, the dividend paid by Apple to shareholders increased by 5% to 23 cents per share. There were strong sales signals in the iPhone 13 model, its latest model. The company also said sales to people who switched from Android to Apple phones increased by double digits.

Therefore, the latest report by Bloomberg, though unconfirmed by Apple, shows that the company is cautious due to the uncertainty and headwinds that pose obstacles to its production.