Buy This Stock and Sell The Other; A Lesson From Cathie Woods Recent Moves
Is Cathie Woods Acquisition of One Million Unity Software Shares a Wise Move?
Let's look at why she made the acquisition.

Recently, Cathie Woods has been snatching up stocks in some tech companies. What makes investors interested is that her company, ARK Invest, has been posting some impressive returns recently. ARK Invest is an exchange-traded fund or ETF. She has recently acquired big-name companies such as Unity Software (NYSE: U), JD.com (NASDAQ: JD), and Roblox (NYSE: RBLX). This week's announcement piqued our interest that she added one million Unity Stock shares. 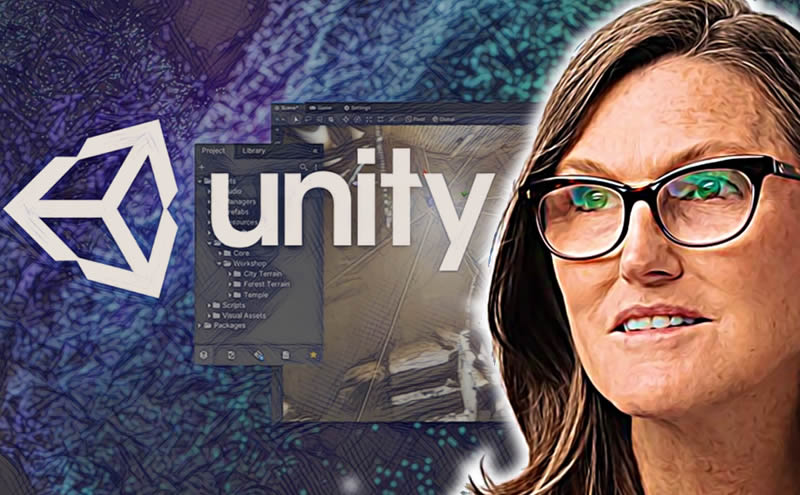 But what is she actually seeing that most investors aren't? Let's look at why she made the acquisition.

Why Did Cathie Woods Acquire One Million Shares of Unity?
Unity (NYSE: U) plunged by 24% this week; year-to-date, it has dropped more than 74%. But that doesn’t seem to deter ARK Invest’s Cathie Woods, who is on a buying spree. On Thursday, she bought one million shares of the stock. The purchase was distributed across four of her exchange-traded funds. That means that ARK Invest’s recent investment in Unity makes it the 13th largest stock the company currently holds. Since June this year, ARK Invest has purchased Unity Stock 13 times. As a result, it now owns 10.3 million shares worth $1.2 billion in Unity stock.

For one, the recent merger between Unity Software and IronSource (NYSE: IS) is attractive to Cathie Woods. IronSource monetizes and carries out analytics on software applications. Unity Software, on the other hand, is a dominant leader in operating and creating 3D content for applications. After the merger agreement, the market will value Unity at $4.4 billion. At the close of the recent deal, IronSource will be part of Unity, with Unity shareholders having a 75% share of IronSource. Unity also intends to initiate a buy-back program valued at $2.5 billion.

The IronSource merger will be favorable to investors like Cathie Woods. The expected run rate of adjusted earnings the company will post is valued at around $1 billion by the end of 2024. These are adjusted earnings before depreciation, taxes, and amortization (EBITDA). According to Unity management, by the third year (2025),the company expects to have yearly adjusted earnings of $300 million in EBITDA.

Also, the news that Unity will receive $1 billion of low-interest funding is attractive to investors. Silver Lake and Sequoia are some of the companies providing the funding. Furthermore, these two companies are among Unity’s largest shareholders.

Is Cathie Woods's Move A Wise One?
Investors like to buy shares in dominant companies like Alphabet (NASDAQ: GOOGL), Amazon (NASDAQ: AMZN), Microsoft (NASDAQ: MSFT), and Meta (NASDAQ: META). In its sector, 3D applications for software and platforms, Unity is a dominant company. Developers worldwide use the company’s tools to create 2D and 3D animations and applications for mobile phones, PCs, tablets, and consoles. The company is also building applications for the metaverse like augmented reality and virtual reality devices. Recent estimates show that the company boasts more than 1.5 million active creators in 190 countries.

Unity is also benefiting from its dominant position. The revenue guidance for 2022 is expected to be between $1.3 and $1.35 billion. The company previously announced guidance of $1.35 and $1.4 billion but had to lower its estimates. Unity had to reduce the guidance due to macroeconomic considerations. You must realize that the macroeconomic climate is affecting most of the tech companies on Wall Street, and Unity is no exception.

Despite the company's headwinds, Unity is a good buy right now. The fundamentals are right for the long term. Last year, the stock rose due to the hype surrounding the metaverse. There is a saying among developers that they rely on Unity for metaverse games and applications.

Although the stock is currently cheap, having fallen more than 74% from its 2021 highs, it is a good bargain. Management announced plans to bring advertisers back to the platform. Also, gamers love Unity and consider it the Apple of gaming. The company also projects that over the long term, it will be able to sustain revenue growth of more than 30%. Therefore, this stock is a wise move for Cathie Woods.