What Did We Learn from Tesla's Earnings? Is it a Buy Again?
Netflix bids farewell to Hastings, sets course for a profitable voyage
Reed Hastings steps down as CEO.

The recent spike in Netflix shares is a story worth diving into. It's the kind of financial drama that keeps us on the edge of our seats, eagerly anticipating what's next for the streaming giant. The subscriber growth numbers were a huge story, with the company adding 7.66 million subscribers in the fourth quarter alone. This is a massive win for the company and it's clear that they are on the right track. 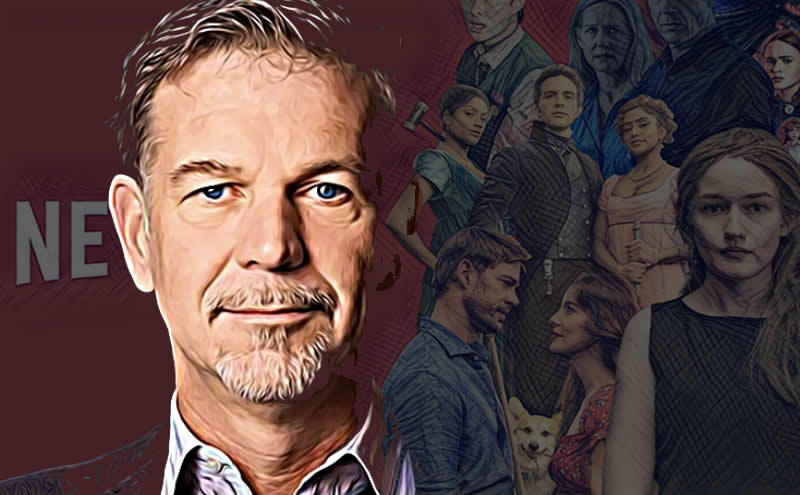 But, the real news that caught everyone's attention was the stepping down of co-founder Reed Hastings as CEO after leading the company for over two decades. This move was a surprise to many, but it's important to note that succession planning is a common practice in any organization, and it's a natural progression for the company as it moves on to the next phase of its evolution - focusing on revenue growth, profitability, and managing costs.

Ted Sarandos, who was already a co-CEO, and Greg Peters, who was the chief operating officer, will now be co-CEOs. This is a great move for the company as both of them have been with Netflix for a long time, and they understand the ins and outs of the company. Sarandos has been instrumental in the company's content strategy and Peters has been responsible for rolling out the advertising platform and advertising tier.

Hastings has been a visionary leader and played a crucial role in growing the company from a small DVD-by-mail service to the global streaming giant it is today. He has been the driving force behind Netflix's success and it's only natural that he would want to step aside and let the next generation of leaders take over.

It's worth noting that the company will no longer give guidance on subscribers, instead focusing on revenue. This is a smart move as it allows the company to focus on what really matters - growing its revenue and profitability. But, the subscriber numbers are still an important metric to track as they give us an idea of the company's overall health.

One of the most interesting things to consider is whether this subscriber growth is a result of the company's new advertising platform and advertising tier. Only time will tell, but it's clear that the company is making smart decisions and executing well. The company's ad-supported tier is a great way for them to monetize their platform and bring in additional revenue.

In conclusion, the recent news about Netflix's shares popping on Thursday after hours and the stepping down of Reed Hastings as CEO is a sign of the company's continued growth and maturity. The company is moving in the right direction and is focused on growing its revenue and profitability. The handover from Reed Hastings to the next level of management is a great move for the company, and will allow for Netflix to continue its impressive growth trajectory. Overall, this is a positive development for the company and its shareholders.