Procter And Gamble (P&G), and Nasa, Collaborate to Develop Space Detergents
Qualcomm and Microsoft Partner To Create Metaverse AR Chips
The collaboration has been a vision that Microsoft and Qualcomm shared for years.

The metaverse promises to be the future of technology. We are already witnessing games in the metaverse that provide a source of entertainment and income for thousands. To cash in on that future, Qualcomm Chief Executive Cristiano Amon announced that Qualcomm (NASDAQ: QCOM) and Microsoft ($310.2|1.77%) would be working together to produce Augmented Reality (AR) glasses for metaverse apps. On Tuesday, the announcement was made at the Consumer Electronics Show (CES) in Las Vegas. The custom chips would be for both consumers and businesses. 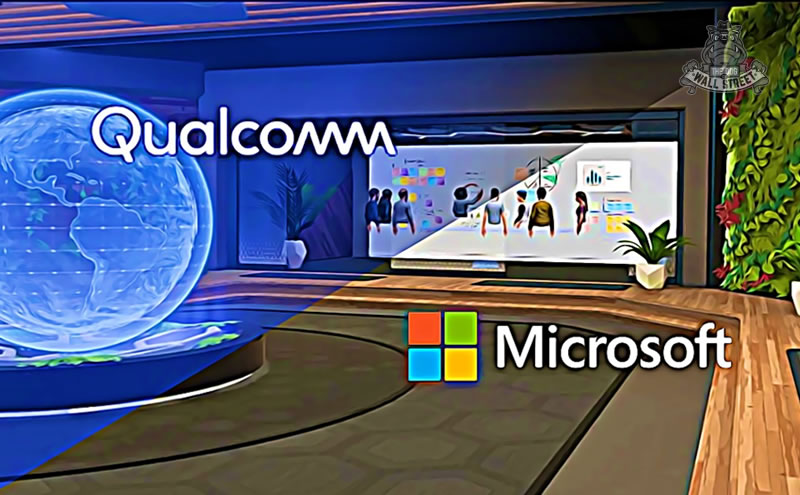 Amon also said that along with the custom chips, they would be working with developers on the software that would power the chips to create virtual worlds where people can interact, work, and play.

The software product that would power the chips would come from Microsoft. It would be a product called Mesh. Mesh gives users the ability to beam realistic likeness of themselves into the headset of a second user such that both persons would believe they are in the same space or room. Currently, Mesh can be integrated with cross-platform virtual reality (VR) and augmented reality (AR) systems. Therefore, it can connect with virtual reality headsets, tablets,  smartphones, and computers.

Additional features for the device would include software from Qualcomm called Snapdragon Spaces. This software helps the hardware perform essential AR functions like mapping out physical spaces for the overlay of digital objects and hand tracking that allows users to manipulate those digital objects with hand gestures. In addition, spaces is being used to integrate Qualcomm-powered smartphones as a second screen for enhanced mixed reality experiences.

The collaboration has been a vision that Microsoft and Qualcomm shared for years. During the live-streamed talk on stage at CES, Amon said that Qualcomm and Microsoft have been talking for years about having wearable AR devices, including developing AR devices that will gain scale. Notably, Qualcomm is among the few major tech companies that refused to cancel their in-person participation at this year's CES.

Microsoft and Qualcomm have big dreams for the metaverse and the future. The corporate vice president at Microsoft for mixed reality, Ruben Caballero, said that the collaboration has a goal of inspiring and empowering others to work collectively to develop the metaverse of the future. It would have to be a collaboration with trust and innovation as its foundation.

This big ambition of both companies to integrate their projects for a more expansive and connected world is laudable. Moreover, it could herald other laudable projects from tech giants like Google or even Facebook interested in the future of the metaverse.

This partnership is not the first time for Microsoft and Qualcomm to collaborate on a big project. Their relationship started in 2019 when the Qualcomm Snapdragon 850 chip was developed to support the Microsoft HoloLens 2 headset. Also, in 2020 Qualcomm again partnered with Microsoft to help developers make ARM-compatible apps for Windows 10.

Meanwhile, in recent years, Qualcomm has been developing its talents and focusing specifically on AR and VR-focused chips. One successful outcome of this increased focus is the Snapdragon XR2 chip that powers the Oculus Quest 2. Also, the Surface Pro X comes with Qualcomm chips embedded on SQ1 and SQ2 processors with VR and AR capabilities.

Unfortunately, when going to the press, neither Microsoft nor Qualcomm has furnished more details on when these new chips and headsets will be available for consumers and businesses.