Cost of Housing is High; Invest in These Housing Stocks for Profit Instead
The Impact Of A Ukraine-Russia Conflict On Global Markets; 5 things to know in other to protect your investments
I will briefly highlight five areas where the conflict will primarily affect.

1. A Rush Back To Safe Havens
Whenever a risky event like a war occurs, many investors move towards bond markets because they are generally seen as safe-havens. A Russian invasion of Ukraine will not be different. In addition, we could see inflation being ignited across many economies due to the effect on oil prices. Bond markets are having some sort of revival with inflation at decades highs and many central banks talking of increasing interest rates. The U.S 10-year rates are at the 2% level, while for the first time since 2019, German 10-year yields have risen above 0%. But, of course, all this could be changed by an outright war.

The Euro/Swiss franc exchange rate is a measure of geopolitical risk in forex markets in that region because investors see the swiss franc as a haven. It has hit its strongest level since May 2015. Gold, which is another haven, is at its 13-month peak. 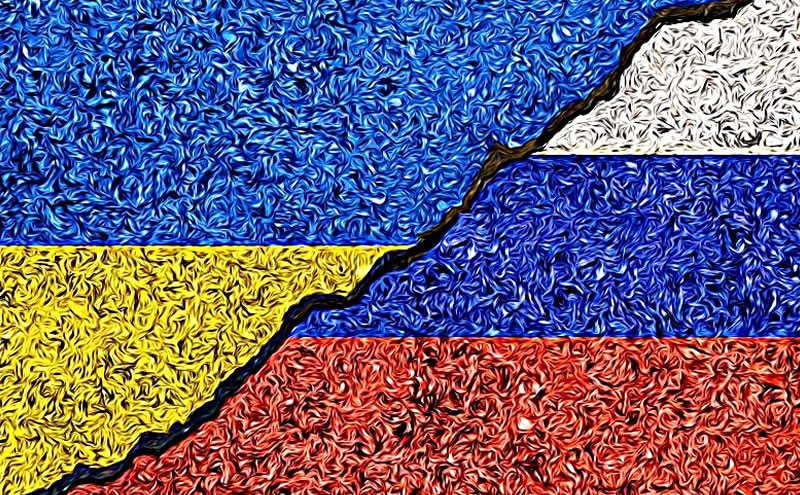 2. Food Inflation From Increase In Prices Of Grains and Wheat
This is a time when many economies are grappling with the economic damage of the Covid-19 pandemic. In addition, a war would increase food inflation due to the increases in the prices of grains and wheat as it would be difficult to transport these items through the Black Sea region.

Major exporters in this region are Ukraine, Russia, Kazhakstan, and Romania. Ukraine is the third-largest corn exporter globally and the fourth-largest exporter of wheat. However, Russia holds the position of the world’s top wheat exporter.

3. Energy Markets Will Be Hit Hard
Now that tensions turned into conflict, the worst hit would be energy markets. Russia supplies around 35% of the energy needs of European countries. These are primarily through natural gas pipelines that flow through Belarus and Poland to Germany. Many analysts believe Russia is still reeling from the fall in demand for natural gas during the pandemic. The surge in demand in 2021 sent natural gas prices to record highs. Germany intends to halt the Nord Stream 2 gas pipeline from Russia. It shows how dependent Europe's energy is on Russia.

If a sanction is leveled at Russia, this will reduce the energy dependence of Europe on Russia as it would force innovators to look for alternative sources of supply. Oil prices will be hit hard. A surge in oil prices is expected. It's at record highs due to tensions in the Middle East. Analysts project a rise to $150 a barrel, which would reduce global GDP growth.

4. Risks to corporations with vested interests in Russia
Energy firms have lots of exposure to Russia, but that will mitigate their effect if oil prices increase. Britain’s BP has a 19.75% stake in Rosneft and many joint ventures with Russia’s oil producers. Shell’s stake in Sakhalin 2, Russia’s first LNG plant, is about 27.5%.

The risk would be primarily concentrated in European banks in the financial sector. This is because many European banks have vested interests in the Russian economy.

5. Fall In Regional Dollar Bonds and Currencies
The military action will see Russian and Ukrainian assets being primarily affected. The dollar bonds of both countries have been underperforming lately, and many investors have been reducing their exposures to these assets. The threat of contagion from Russian capital markets will be minimal because their influence in global markets has shrunk in recent years.

Both countries’ currencies are also suffering and underperforming. So, there would be minimal risks from these areas.

About the Author
Precious Njoku is a Financial Writer with extensive knowledge about the stock market.
General
News Sentiment
Last 30 DaysLast 90 Days