Although statistics have shown that most hedge fund managers do not beat the market. I also don't follow buys just any self-acclaimed great investor. With quality research, any individual can make excellent financial choices. However, I still reserve my respect for some who have proven themselves over time to stay ahead of the market. 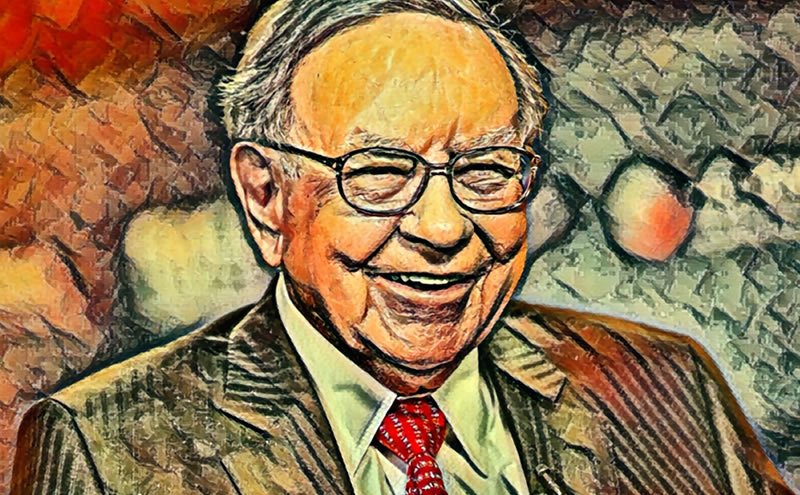 For these successful hedge funds, they employ smart and intelligent financial analysts and investors who know the stock market well. That is why they make extraordinary returns. Their investment strategies are unusually unconventional. Their activities are shrouded in secrecy, but any investor can follow their buying and selling strategies. According to The Securities And Exchange Commission (SEC) rules, fund managers must disclose their stock holdings through a form 13F. This form is publicly available to anyone interested in investigating these hedge funds.

As a result, I still compare my investment strategies to theirs and see if I can get a glimpse into the industry's best buying and selling habits by investigating these hedge funds. One of such hedge funds that have proven itself is Berkshire Hathaway Inc (NYSE: BRK.A). Berkshire Hathaway has Warren Buffett, the Oracle of Omaha, as the founder and is one of the largest and most successful hedge funds. The company is worth $713 billion.

This article will take a peek into some of Warren Buffett's recently bought stocks and try to understand the rationale. If the fundamentals are great, then what stops us from taking a solid position?!

Chevron Corp. (NYSE: CVX)
Warren Buffett first bought Chevron's stock while the pandemic was raging, and Chevron Corp (NYSE: CVX)reported a fourth-quarter loss of $665 million in 2020. As if he could forecast the future, the stock has been on a roller coaster ride since then. Buffett reduced his holdings in the first and second quarters of 2021, but he recently bought more stock.

Warren Buffett was inspired to buy more Chevron stock for two reasons. First is the global energy crisis that started at the beginning of 2022 and the Russian invasion of Ukraine in February. These events changed Buffett's mind. That was why he increased his stake in Chevron to 33% by buying about 9.5 million shares of the stock. He now has a $4.5 billion stake in the company.

Nu Holdings Ltd (NYSE: NU)
Warren Buffett bought shares of Nu Holdings (NYSE: NU)when it was still a private company. That was in June 2021. He purchased it through a private fundraising round and invested $500 million in the company. Then, in December 2021, the Brazilian digital bank made its Initial Public Offering (IPO),which attracted Warren Buffett.

Buffett doesn't regularly invest in IPOs, but he believes Nu Holdings is an exceptional company. That was why during the IPO, he bought 30 million more shares of the company. The IPO price was $9 per share. Nu has been struggling since its IPO, and its share price now stands at $7.16 per share. But the company is attractive to investors. Moreover, it has a good percentage of the Brazilian and Latin American financial markets.

Berkshire’s filing with the SEC on Form 13F for March shows that Buffett’s stake in the company is now worth $1 billion, and he has about 107.1 million shares.

Activision Blizzard Inc. (NASDAQ: ATVI)
You can recognize sages by their results and insight. Towards the end of last year, two investment managers in Berkshire Hathaway recommended that the company buy the shares of Activision Blizzard Inc. Warren Buffett acted on their recommendations and bought nearly $1 billion worth of shares of the stock at $77 per share. Some weeks after the buy, Microsoft announced that it was purchasing the company in a buyout deal worth $68.7 billion at $95 per share. Within hours, Warren Buffet had made more than a billion dollars.

From the filings by Berkshire Hathaway in Form 13F in March, Warren Buffett owns about 14.7 million shares of Activision Blizzard Inc’s stock, ATVI, worth close to $1 billion.

I, however, have no issues with these recent buys. The energy crisis still rages on as the Ukraine-Russian war continues. The world has shown that it hasn't moved passed its dependency on crude oil. Chevron, a major energy player still has room for growth. Chevron's Q1 2022 earnings report is expected to be released on the 29th of April. If it can surpass its expected EPS of $3.49, I see a massive uptrend.

For ATVI, the Microsoft takeover is much of a relief. Warren may not have envisaged a Microsoft buyout deal with ATVI, but those are the unseen forces that contribute to his successes. I see Microsoft using ATVI as a way to expand its metaverse dream. And if this pulls off successfully, then expect ATVI to be a large-cap company in the long term.