Cost of Housing is High; Invest in These Housing Stocks for Profit Instead
Citi Group May Cut Down Operation in Russia - But still a good buy?
Why choose to leave now?

The American Citigroup (NYSE: C) recently confirmed that it will curtail the Russian retail business and the business of working with Russian small and medium-sized enterprises. "Citi today announced that as part of the downsizing of its operations and presence in Russia, the company will be phasing out its retail and Russian SME business". 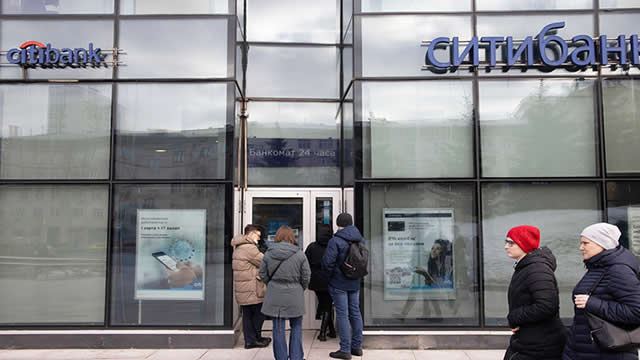 As part of this process, Citi (NYSE: C) will seek to divest some of its retail business portfolios in Russia. The process of curtailing operations will begin in the third quarter. It will affect approximately 2.3 thousand employees, 15 departments (including branches),and retail services such as consumer loans, credit cards, deposits, brokerage, and custody services for individuals.

At the same time, Citi (NYSE: C) continues to support international corporate clients winding down their operations in Russia. However, the decision did not start today. Over the past few months, Citi has considered a large number of options to sell these businesses in Russia. It is clear that, due to complicating factors, the decision to wind down the Russian retail and SME business is the most reasonable one.

The big question is, Would Citi group remain a good stock to good buy? Come to think of it, stopping businesses in a good economy would actually mean a decline in revenue or net profit, which could affect its balance sheet. So I don't think I'll be looking to add Citi group (NYSE: C) to my portfolio at this point.

At the end of the second quarter of 2022, Citi's presence in Russia was valued at $8.4 billion in financial terms, of which approximately $1 billion came from retail and SMEs. This shows that they have a huge presence in Russia. More so, the winding down process is going to cost the company in terms of financial resources. Citi is expected to cost approximately $170 million from the winding down process of these businesses, primarily over the next 18 months, primarily due to restructuring costs, supplier terminations, and other process-related payments.

So something is fishy here. The plans to leave Russia didn't happen because of the sanctions in Russia. If you look at the number of negotiations Citi group has had, you will conclude that something is wrong with their business model in Russia. According to the Financial Times, negotiations were held with several buyers, including Expobank, RESO-Garantiya insurance company, and Rosbank. This is some high level of desperation in my own opinion.

The charts have also not been favorable to Citi Group throughout 2022. It is on a downward trend. The stock is already 31% down YTD and still has gaps to fill. I will avoid Citi Group if I must invest in the financial sector of the stock market at the moment.